We’re so ecstatic that Raven’s Cry, the third book in the Darkness series, has continued to do well this past week. It’s definitely different and not for the faint of heart but we’ve heard nothing but good things from those that dared to pick it up and delve into Raven’s world. Do you need some more spanking in your Saturday? Head on over to the Saturday Spankings Blog and get your spanks on.

Raven Paige is different. Where everyone else around her was horrified when they learned of the goings on at the now infamous Strictland Academy, and appalled by what Emma Thompson had endured during her long months of captivity, Raven was…compelled. Fascinated.

When she is of legal age, she contacts someone who might be able to help her; the founder of Strictland, whom she had met previously in one of the Houses. It’s a lengthy process, but after an interminable wait, Raven gets her wish: she is offered a contract of submission to serve not one, but two men – brothers; Henry and Kendrick Albright.

Exceptionally rich, handsome and even titled, the Albright brothers have it all; a mansion, an army of servants and even a private plane. Henry has a fetish for the Victorian era and Kendrick is an incredibly creative sadist… Raven is about to see her fantasies fulfilled at last.

But reality is so often different to what takes place in the imagination. Her excitement turns to dread when she discovers that the contract she signed was actually one of marriage to Henry, and that she is now utterly at the Albrights’ mercy. For at least the next three years, there will be no escape. Henry, Kendrick and even any servants they desire will have access toRaven’s body; to do with it as they choose.

Raven has wanted to experience humiliation, pain and degradation for years; but now that she’s arrived at the brothers’ mansion, is she in over her head? Will Henry and Kendrick come to care for her as a person… as a wife, or is she merely to be their plaything, to be used and discarded as they see fit? 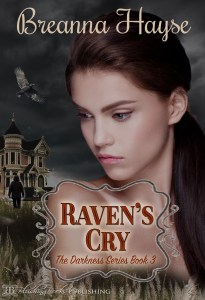 This is a continuation of the scene from last week…

Luckily for you, I know exactly how to treat unruly young ladies such as yourself, and I promise you, little miss, that you will learn to obey me, no matter how often or in what manner I need to punish you. Be it known that I certainly do enjoy meting out pain.”

“I, however, prefer to discipline, and will deliver loving but firm, strict, and unyielding correction, with the hopes of your becoming the best little girl you can be,” Kendrick said with his face close to hers. “We have decided that you not only need a handler, but also a parental figure. If you keep kicking, I will have to add to your discomfort, so I suggest that you stay still and receive what you have due you.”

Sobbing uncontrollably, Raven could do nothing more than lie there while Henry set her skin ablaze, failing miserably at suppressing the barrage of vocal protests that were muffled and lost in the thick padding beneath her face. The pain was excruciating and beyond anything she could have believed, and her feeble attempts to kick were answered with sharp hand smacks to the backs of her thighs. Exhausted and defeated, she ceased her struggling and gave Kendrick no more reason to decorate her legs with his palm.

6 thoughts on “You Will Learn to Obey #SatSpanks”