To celebrate and simultaneously countdown to the release of Justice for Liberty each day we’ll share a new snippet along with a re-release for a special price. Today Skylar’s Guardians will be 99 cents. Come back each day to get a peek at Liberty and one-click ’til your hearts content!

“Spanking is very arousing for him and I’m going to make him work for the privilege of enjoying my body this time.” 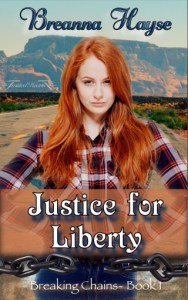 Once again this week we are bringing to you Slylar’s Guardians for Sat Spanks. Such a great, sexy story. Has a bit of everything for all tastes. So enjoy the excerpt and then when your done, head on over to the Sat Spanks blog to check out the other great offerings. And as always, happy Saturday!

“Stop it! What are you doing?” Skylar smacked at his hand.

Tralec’s eyes darkened. “Do not strike me in front of my peers, Skylar. I am showing them your bottom and what makes you cry.”

“Stop it, Skylar,” Tralec ordered, gesturing to Leeza to return her to his arms.

“Daddy, I’m begging you. Please don’t… nooo…” Skylar hid her face in humiliation as Tralec easily rested her across his knees, lifted the back of her dress, and skimmed her panties down past her knees.

Ooohhs and ahhhs echoed through the chambers, and Skylar groaned as she felt hands gently touching her still very red and very tender backside. Her humiliation rose as he forced her legs open and demonstrated that she was equipped, naturally, with two entryways between her blistered cheeks.

We hope you enjoyed the excerpt. If you would like to purchase this book, you can at the following stores.

Wow! So proud of Bree right now but her latest book, Skylars’s Guardians has reached number 2 in all of her romance and sci fi categories on Amazon. That includes hot new releases. Wow! The book has only been out for about 48 hours. So congrats Bree. You rock!

This week, just in time for it’s release, we are bringing you an excerpt from Skylar’s Guardians. Now let me tell you… Age Play reaches the stars! What gal doesn’t dream of a super tall, super hot alien who comes personally equipped with, well let’s just say, unique appendages that are able to perform in ways only an aliens appendage can? If you want to vicariously experience the ultimate in satisfaction, you will love this book. After you finish the excerpt, don’t forget to head over to the Sat Spanks blog to check out the other awesome authors excerpts.

So what is it about….

As she lies alone and injured in the wilderness, twenty year old Skylar believes her life is coming to an end, but in reality a whole new life for her is about to begin. She awakens in a strange place, having been nursed back to health by two strangers whose enormous size, exotic technology, and odd habits indicate that they are not of this world.After a thorough, embarrassing examination, Skylar is informed that her rescuers have found extensive manuals on caring for human females—manuals that sound suspiciously similar to her favorite erotic fiction. She is told that from now on she will to refer to them as “Daddy” and “Papa” and that she will be expected to behave well and follow their instructions.Skylar soon discovers that disobedience will result in a bright-red bare bottom and that a sound spanking is not the only way to punish a naughty girl. When she is good, though, her handsome guardians can pleasure her in ways which never before entered her wildest fantasies. Will she remain defiant and continue plotting her escape or can she learn to embrace a life far happier than anything she has known before?

“Try to keep her from dying,” Tralec said seriously. He removed several items from the kit, starting with a long probe attached to a small box. He lifted Skylar’s arms, looking for the pocket of skin that would hold the probe in place and allow a full body scan and resultant instructions.

“She doesn’t have a fold,” he said with concern. The female blinked sleepily as she turned her face in his direction. He patted her hand and offered her a soft smile. “The probe has to be held tightly in place to work.”

“Her mouth is too large to hold it, isn’t it?” Troy asked. He ran his callused hands down the length of her legs. “Does she have a pleasure pocket?”

“Let me see,” Tralec requested. Troy gently spread her legs to expose the dark, curly hair of her soft lips and reached to spread the folds wide. Tralec inserted his finger into her slit. “Not tight enough, and she only has one. What’s this?”

“Not sure. Let’s turn her over so we can see better,” Troy said. Together they turned the young woman to her stomach and spread the fleshy cheeks of her bottom to expose the small pink orifice.

“Fascinating,” Tralec said, pressing his finger against the hole and watching it reflexively resist him. “Why would she have an expulsion port here of all places and not on the foot?”

“This might do the trick. I can’t get my finger in there without difficulty. Hand me the tube.”

Tralec squeezed a dime-sized blob of white gel onto his finger and lowered it down to meet the girl’s bottom hole. He massaged around the rim, experimenting with the tightness using his thumb. She moaned and moisture began to visibly seep from her body.

“Do human females get sexual pleasure from stimulating the expulsion port?” Troy asked, his mouth gaping as the female’s body subconsciously began to rock in response to Tralec’s finger against her bottom.

“I’m not sure. She’s opening it for me… this is amazing. The tightness of her muscles is incredible,” Tralec said as his finger slipped inside.

“She would be able to take in both appendages, wouldn’t she?” Troy asked, mesmerized by the human’s response to the finger pumping in her ass.

If you would like to read more, you can now purchase this book from: