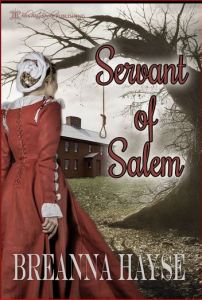 “The intricate patterns woven into the tapestries of time are not always to be understood, but to be accepted as just being. The truth serves to illuminate the enlightened and destroy the deeds of the wicked, and know always that there are those who will silence it. My hope for mankind is to learn from the past to better the future and that people become wise to the power of their lies, and not be fooled as those who were fooled before…” ~ The Master of Salem; Robert Calef, PhD. Salem, MA 2015

Destiny Calef has two great passions in her life: her handsome and incredibly sexy professor husband, Robert, and serving the truth of history – particularly that of the world-renowned, infamous witch trials of Salem, Massachusetts.

Granted as part of their research stipend, the couple moves into the old Downing farm, the former residence of the accused witch, John Proctor. It is there where Destiny’s dreams become nightmares, and she is plagued by a recurring vision that occurs at the exact same time of 3:33 a.m. There is no escape from the images that haunt her mind, and no answers with regards to their purpose. Her only hope lies in finding a clue hidden in Robert’s secret library that is locked in the basement’s vault. But Robert refuses to give her the key…

Curiosity and desperation get the better of her and Destiny defies Robert’s orders to steer clear of his library. In that room, she discovers the truth about her husband’s troubled past and his incredible secret… one which will not only turn her life upside down, but will lead to her standing face-to-face with one of history’s most manipulative and notorious accusers of witchcraft, the Reverend Samuel Parris himself. This was a man who was known to get what he wanted, no matter the cost, and the portrait painted by history was nothing compared to his true evil and selfish nature.

Time has brought Destiny to 17th century Salem for a reason, but there are rules regarding changing the course of events, and severe consequences when these rules are broken. Destiny soon discovers that the kinky role-play games she and Robert enjoy enacting in the bedroom are child’s play compared to the harsh deliverance of penance in colonial life. She also learns that things written in the history books are not always the truth, and makes it her mission to not only save innocent lives from the clutches of Samuel Parris, but to let everyone in the future know that what is written is not always the truth.

Author’s Note: I started this piece as a historian, following the treasure map of documents and accountings of the infamous 1692 Witch Trials of Salem. What I discovered between the pages of history were the specters of truth lost in the kaleidoscope of time and concealed in the shadows of those who hungered for power and property. This is not about ghosts, witches or the paranormal as I had originally supposed, given my fascination of the subject matter, rather a love story that stood the test of time. A man and woman of flesh and blood, and how their trust, love and sacrifice broke the chains of evil. Now revealed, I offer that truth to you and pray that your eyes are open to that which is, not that which is desired. ~ Servant of Salem 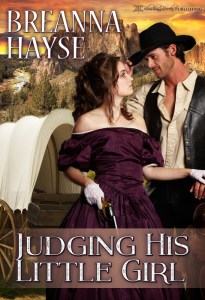 Wildemina ‘Wilde’ Weston is the bane of her grandparents’ existence. Shunned by the residents of the small town in which they reside, the eighteen-year-old would rather be drinking, smoking cigars, and gambling with the boys than fitting in.

Jude Weston and his wife love their granddaughter but see no other option: the girl must be married off. So when the reputable town judge suggests a match between Wilde and his newly qualified magistrate grandson, Rostin Taylor, they accept.

Fully expecting a fight, they’re dumbfounded when Wildemina readily agrees. Truth be told, the news that Rostin is heading out West is all the information she needs – anything to get out of Independence. Her single condition is that the wedding be postponed until she’s ready; she will not give herself to any man until she wants to. If that means that she and Rostin will be setting out on the trail unmarried, so be it; their reputations be damned.

Rostin Taylor knows what kind of man his grandfather really is; snide, corrupt and just plain mean. He’s also fully aware that the old judge decided to play matchmaker purely in order to make his grandson’s life difficult by forcing him to wed ‘that Weston girl’. What he doesn’t expect, however, is how quickly and easily he falls for her.

Under Rostin’s care, guidance, and firm hand, Wilde blossoms. Even though the handsome young magistrate won’t allow her to drink and gamble with the boys, he appreciates and supports the fact that she can throw knives, hunt and shoot with the best of them – and he evokes feelings in her she’d never before dared to imagine.

There’s also something inordinately comforting about the way he calls her his ‘Mina-girl’… and the way he fulfils a role she’s always craved but never had; that of a real, loving Daddy. Rostin comforts her during thunderstorms and gives her pleasure the likes of which she’s never experienced before. He also doesn’t hesitate to put her over his knee for a sound paddling when she disobeys him.

Slowly, Wilde comes to adore the man she was assigned to marry. It’s hard, but she eventually finds the strength to trust him… to be vulnerable for the first time in her life. So when Rostin disappears after a fight, she is devastated. Were his promises too good to be true? Or have the dangers of the Oregon Trail in 1850 claimed yet another victim?

Find out in this; a sizzling Western story written in typical Breanna Hayse fashion: with heartfelt emotion, scorching spankings, suspense, explicit erotica, and a sweet dose of ageplay thrown in for good measure. 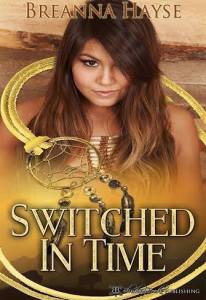 Nya Lynn Crow is stuck in a boring life. Her only real joy exists in attending BDSM and kinkster parties with her best friend, Tawni. However, even those events are being ruined by a woman who’s out to destroy her, and because of whom Nya ends up being drugged, beaten and left to die on a mesa in the Sandia mountain foothills.
She tries to walk home in the dark and stumbles on to ancient Indian burial grounds, only to awaken in the care of two very handsome ranchers who are strong, kind, and ridiculously old-fashioned. While they nurse her back to health, she finds herself yearning for modern conveniences—conveniences that she soon discovers have not yet been invented.
Flint Masters, stern cowboy and owner of High River Ranch, takes an instant shine to this beautiful but strange ‘half-breed’, but her lack of proper manners and inability to follow direction grate on his nerves. As a result, Nya soon discovers that all the fantasies and role playing games she so enjoyed enacting before at BDSM events are nothing like the reality of a real, hard, old-fashioned spanking. She’s also quick to learn that her sexual appetite is something beyond the ‘polite society’ expectations of a gentleman rancher; and her desires end up inviting not only another switching, but also fulfillment the likes of which she’s never before experienced.
Can a modern, sexually expressive, and highly opinionated young woman survive in the Old West in 1863, surrounded by cowboys, Vaqueros and Apache Indians?
Especially when time proves itself to be cyclic, and Nya finds herself face to face with her old nemesis once again—only this time, the evil woman is trying to not just destroy her, but every Apache and Vaquero in the territory. Nya must decide whether to stand up to her for once and for all, or to run and hide, and she ends up risking everything, including her blossoming relationship with Flint, to saves the lives of the people around her, and to hopefully make the future a better place for all of them.
This fast-paced Western adventure is full of what fans have come to love and expect from Breanna Hayse; gorgeous men; strong, opinionated, curiously vulnerable women; sizzling spankings and rich historic detail; with a witty dose of humor thrown in for good measure.

Blair Farbor is no stranger to trouble. Shamefully expelled from The Academy for Young Ladies in Philadelphia, she is sent to live with her grandfather in the Colorado Territories. She is secretly thrilled by the adventure and cannot wait to begin a new life among gold miners, cattle ranchers, and peaceful Indians. Blair boards the steam train and begins a journey that she is sure will change her life forever, in so many wonderful ways.

But things quickly go awry. A woman traveling alone is a magnet for trouble, and she is only narrowly saved from assault when a Texas Ranger happens to board the train in the nick of time. Sloan reveals that he is conducting a shocking investigation into serial murders of ladies of the evening. He also announces that he intends on accompanying Blair to their mutual destination, since she is without a proper escort.

The last thing Blair is interested in is a stuffy old guardian, as she wants nothing more on this journey than to experience the fun side of life – adventures denied a proper young lady in Philadelphia. However, after the train leaves the station, carrying off all their personal belongings, she reluctantly accepts his help after finding herself and Sloan stranded in St. Louis, MO. With limited funds, the two face additional months of travel to reach Manitou Springs.

Sloan’s patience grows short as Blair defies him repeatedly. Determined to steer her in the right direction, Sloan introduces her to a very old- fashioned way of breaking bad habits: bare- bottomed spankings.

But, who is Sloan, really, and why was he there? Was it simple chance that he boarded the train at just the right moment? Or is the trouble that started in Philadelphia following Blair all the way to Colorado?