Here to warm you up…. Jennie and her 4 Hot Hot Daddies… NOW Available!  So, get your cup of Coco and starting reading today… it will warm you from head to toe, and tingle every part in between!

What can one Little girl and her four handsome Daddy Doms do to keep the fires burning on long, endless nights in a remote Alaskan lodge?

Jennie, and her four-man Recon team, continue their adventures in this action packed (and ever so romantic) sequel that explores their unique poly relationship and  the little age-play village of Northern Lights.

After being stalked, and surviving a brutal attack, Jennie discovers that there’s so much more to life than satisfying her unceasing appetite for the men who’ve taken her in and given her their hearts. Her trust unfolds and, with it, a mischievous part of her nature in the form of a Middle. Of course, there’s only one way to handle a naughty Middle- and it’s NOT by giving her caramel apples and peppermint sticks.

Then there’s Slater…
After a rocky start, Slater Foxx, the mysterious fourth member of the team, awakens Jennie’s sassiness by taking her up Mount Denali where he introduces her to his rescued wolf pack and the glorious beauty of the Alaskan wilderness. Before they know it, daylight is gone and the couple has no choice but to bunk in Slater’s amazing little ‘ice-castle.’  The unexpected getaway sparks something neither of them could have prepared for. That’s only the beginning!As the holidays approach, the little family of five grow closer than ever, but come face to face with the possibility of being torn apart by an outside source. Jennie, once again, is caught between a rock and a hard place- and has to decide what’s more important-
The truth or continuing to live in her ultimate fantasy?

Author’s Note: This Reverse Harem introduces the town of Northern Lights- an age-play community where ‘it takes a village’ (or, at least three daddies) to raise a happy Little submissive.

Did you fallen in love with Lena the Ballerina and her three hot musician daddies of Northern Lights? Here’s a Sneak Peak just for you……

This is a Blog Hop!  Lots to check out this week….. 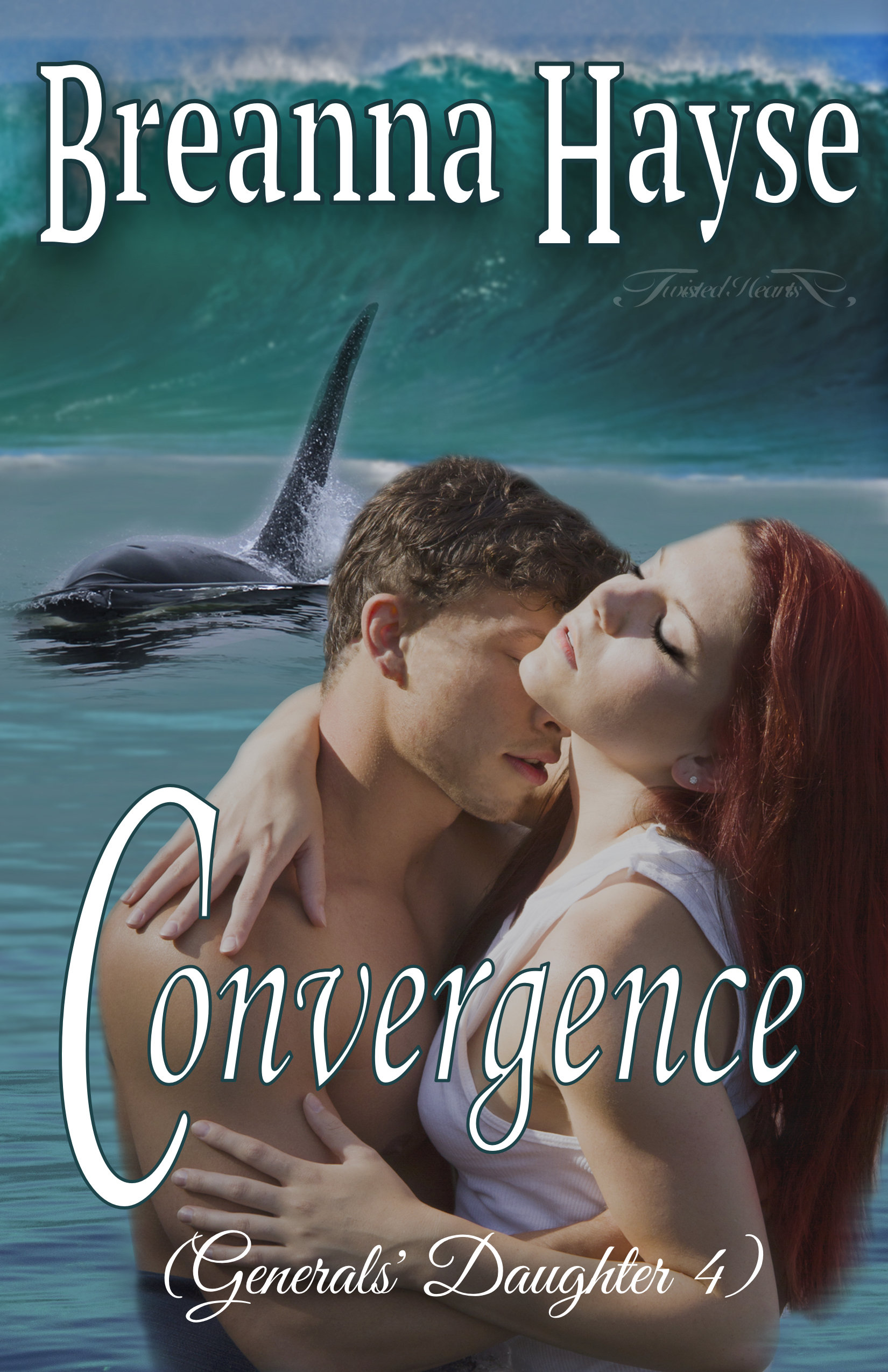 Book 4 of the Generals’ Daughter© Series brings you:

Poor Sam! Not only does the brilliant, young lieutenant constantly find trouble every time she turns the corner, but now she faces a dilemma that leaves her in a quandary.

She’s face to face with a hot, dominant man who wants nothing more than to teach her what it feels like to be a woman, but he insists on honoring her family’s request to wait!

When Sam discovers she can ‘converge’ with Richard much in the way she integrates with the cetaceans- and that she can insert a few ‘suggestions’ into the young man’s mind- she can’t help but experiment.

The result? Just say there aren’t enough cold showers in the world to stop the affects associated with her new-found power, nor are there pillows soft enough to make sitting more comfortable for Sam each time she’s busted!

Meanwhile, Michael’s romance with Teagan is quickly blossoming. He thinks she might even be the one- particularly when she admits to desiring a D&S relationship. Despite Sam’s warnings that fantasy is always better than reality, Teagan begins to test her boundaries with her strong alpha male boyfriend, and finds herself in a position that is NOT what she expected. 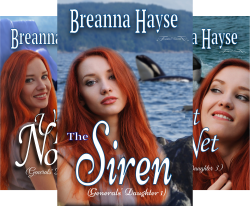 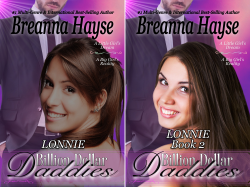 NEXT BOOK IN SERIES COMING SOON!!

Remember this is a Blog Hop!   So please hop over and check out the updates from Thianna and Kryssie!

BIGGER, BETTER, and BRATTIER than BEFORE

💙
CAUGHT IN A NET
Generals’ Daughter: Book 3
by Breanna Hayse

Sam and her Orca,  Ton, are at it again… but this time, no amount of training could help her prepare for her greatest challenge: LOVE

USMC lieutenant, Samantha Quimby, is beautiful, brilliant and ‘an independent thinker’ whose biggest delight is challenging the strict rules and regulations set by her commanding general father and uncle. Even more enjoyable is when she can slip past her big brother Michael’s watchful eye and follow her own path. As intelligent as she is, Sam’s need to pursue her own interests without considering the consequences subjects her frustrated family to trying every avenue of discipline they can think of. They conclude that nothing grabs the girl’s attention like attending to some old fashioned military discipline and an awful lot of love. But keeping her attention is another issue….
Her unique abilities and physical alterations after a life-threatening accident have also led her to ‘translate’ the cetacean code, which the image of being ‘caught in a net’ simply means… Trouble! After she and Michael complete a particularly dangerous Special Ops mission, Sam faces the most difficult challenge yet.
LOVE
Lt. Richard Lewis is a handsome engineer who seems to display the best characteristics of the men in her beloved family… And the worse! It doesn’t take long for Sam to discover that the serious minded young man is determined to keep her safe, and that he won’t hesitate to impart his firm beliefs directly to her rebellious bare bottom!
Instead of coming to her rescue, he family approves highly of the new addition to the crew and the methods he uses to ensure good behavior from their naughty, little Siren. As if it’s not tough enough for Sam, even her best friend and constant ocean companion, the killer whale- Ton- is now requesting that Richard joins the family in ‘biting her tail flukes!’

Poor Sammi just can’t get a break… not even when she discovers her power as a beautiful, young woman and how to use it to get her way with Richard. Little does she know, but her new boyfriend is both willing, and able, to turn the tide and catch his lovely little mermaid in a net of his own design.

Sam ran her hands over Richard’s face and then down his arms, her fingers tracing the ridges of his muscles. She moaned as his teeth grazed her neck.

“You’re killing me, Sam.” His voice was hoarse as he pulled her lower lip between his teeth. “I plan on taking control in ways you’ve never experienced before.”

He kissed her again, stealing her breath away. “You’ll see.”

COME CHECK OUT ME AND MY AUTHOR FRIENDS IN THESE AWESOME FREEBIES!

EVERY WHICH WAY BUT CLEAN with Katie Douglas

This is a Blog Hop! So please check out the other authors here and see what they have going on!!

Don’t forget- Share the Love and Leave a review

FANS OF THE GAME PLAN SERIES! BOOK FIVE IS COMING SOON!
From the author who launched the contemporary Age-Play Phenomena with the Game Plan, we give you Unnecessary Roughness!
***
Krissy’s mind is spinning happily with all the changes in her life. Her family is growing, she’s engaged to Bryon, and everyone is content… until a visit to The Playground threatens to shatter the hearts of the family’ Littles and enrage the Bigs.
In comes Dorian Gray to the rescue!
He and the guys set out to make some permanent changes using the ‘Graye Way’ while his wife remains back at the house loving on the girls and teaching them every bad habit she can think of!
Well, we know what the boys will think of that, don’t we?
Amidst all the confusion and chaos, the Grayes discovers that Krissy and Bryon have not had any ‘alone’ time and, within an hour, the couple is in the company ‘copter with some very explicit orders of how to spend their mini vacation.
Meanwhile, back at the house, things are chaotic as always.  Little do any of them know, but there’s something stirring in the pot that’s going to knock all of them to the sidelines!
COMING THIS MONTH TO AMAZON
Note: This book is a stand-alone; however, why eat the sprinkles when you can have the whole cake?
The Game Plan (Book 1) with NEW additions
Time Out (Book 2)
The End Zone (Book 3)
Touch Down (Book 4)

If you enjoy realistic age-play, then please check out Billion Dollar Daddies: Lonnie 1&2!

This is a Blog Hop!