We’re bringing you the continuation of last week’s snippet from His Lordship’s Lap. It’s holding steady at #1 and we couldn’t be more excited and grateful to all of you that have purchased and reviewed. You guys are awesome! Head on over to the Saturday Spankings Blog and check out everything the authors have to share this week.

Smart, sassy and sophisticated, Lady Vanessa Pankhurst finds herself in hot water when she defends women’s rights and domestic freedom after personally witnessing the immoral and unethical behavior of her country’s magistrate. Her revolt takes her face to face with the Prime Minister of England whose only goal is the permanent silencing of the outspoken young rebel. Trapped in a system where she has no voice, and facing prison for possessing an opinion, Vanessa is unexpectedly rescued by the handsome, wealthy and extremely arrogant Lord Harrison Ansley.

A deal is struck, and Vanessa’s debts to the Prime Minister are paid—gold in exchange for her hand in marriage and removal from Britain. Hope for freedom is lost when she is forced to abide by the odds laws enforced in the Isle of Man that require unmarried adult females be dressed and treated as children! Despite the apparent satisfaction of the women around her, Vanessa is determined to challenge the legislation that demands corporal punishment for misdeeds, as well as alter the provision that mandatory schooling is completed prior to being permitted to wed.

First appearances are often very deceptive. In his position as both the academy’s headmaster and Lieutenant Governor, Lord Harrison impresses Vanessa with a strength of character as he stands in defense of women and their right to happiness. Unlike most of the men of his era, he also respects a keen mind and a playful spirit and encourages Vanessa to explore delights typically forbidden to women–politics, lurid poetry, and sex. His only conditions are that she controls her red-headed temper and practices respect—neither of which the stubborn young woman wishes to comply. He promises that the reward for obedience would open her body and mind to pleasures untold, but defiance would bring pain that her little round bottom might not willing to suffer when taken over His Lordship’s lap.

She soon learns that the laws imposed in the strange country have merit; at least, for some of the citizens. Vanessa uncovers a political secret that threatens to destroy Harrison, the Isle of Man, and her future. Appalled that the very obscenities existing in her native London are practiced behind the closed doors of the Head of State, she is determined to intervene and expose the wrongdoings committed by Harrison’s father and the local government. Conflicted by the need for the freedom to pursue her beliefs and the growing desire to please him, Vanessa struggles against his warning to not get involved.

How high would the price of freedom be when her heart finds an unexpected type of imprisonment called love? A decision is made that could cost her more than just her ability to sit. 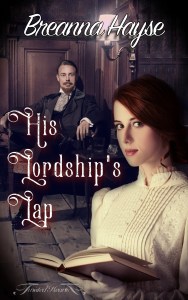 “You would dare strike me?”

“Only on your naughty bottom.” The corners of his eyes crinkled.

Vanessa’s mouth hung open. “Are you suggesting that you intend to spank me?”

“Yes, and I suspect that a spanking will be a frequent occurrence if either your bad attitude and surly disposition continues on its course. There is nothing that can redirect a path of mischief than a hot, red backside.”